It’s been a while since I last wrote on my blog! The reasons being big changes in my family and professional lifes: moving end of 2016 with my wife and kids from France to Singapore, starting a new job in Singapore while mentoring a startup in France… After 18 months living in Singapore, I saw some interesting parallels between Singapore and startups.

After my long break, this post is therefore an interlude to my series of posts on digital transformation that I intend to resume from now on. In this interlude, I found amusing to share with you how I see that Singapore, among all nations, has similarities with successful startups and how these similarities enable Singapore to stand out among nations.

Of course, the founder(s) is / are the most important criteria of success of a startup otherwise it would not exist :). And for the startup to succeed, everything ultimately lies on the shoulders of the founder, to be able to bring a vision, execute it, show persistence, resilience… many qualities as showed in this survey. Singaporeans undoubtely do recognize these attributes to Mr Lee Kuan Yew, the founding father of Singapore.

Singapore gained its independence in 1965. As a matter of fact, this was actually not the outcome that Mr Lee Kuan Yew initially hoped for: at that time, Singapore was part of the federation of Malaysia and Mr Lee Kuan Yew feared that being that small, Singapore would never survive by its own. When startups begin, they often also have very scarce resources, and it does force them to be creative and find out where to put their priorities and money: this is the concept of “lean startup” as described by Eric Ries. In that respect, seeing that Singapore managed in less than 50 years to go from under-developped world to a first class place while having a small territory with no natural ressource is quite impressive. 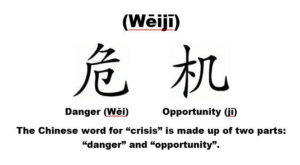 Being small does offer a great advantage: it is much easier to ensure alignment between people and to execute decisions fast and in a consistent way. This is a key advantage of startups to enable them to go fast and adjust if needed. It is quite impressive to see in Singapore how policies are applied efficiently once they have been decided. As a matter of fact, it is obviously easier to apply changes to a territory like Singapore with 6 million people than for example to a territory like France which is almost 1000 times bigger and 10 times the population.

The history of Singapore does not only start in 1965 and there were already some public infrastructures before that. However, compared to other older countries, there were less infrastructure legacy to handle; the same advantage startups have by being able to build something new with all the latest technologies rather than having to cope and transform an old legacy. Take for instance the MRT, the metro and bus transportation system, which was opened at then end of the 1990’s while the metro in Paris was created in 1900: Singapore MRT is indeed performing much better and is much more modern than the metro and regional express trains in France, where maintenance costs of older infrastructure are high and make it difficult to modernize the whole system. 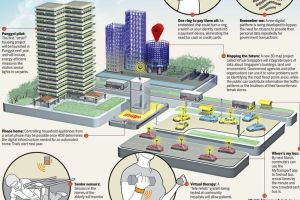 One of the things I like most here in Singapore is that even though you have many tall buildings you never feel oppressed: there is a real policy to plant vegetation all across the city, which is therefore called “the garden city”. No where else in the world have I seen a big city where you feel at ease thanks to the green surroundings. As for startups environments promoting the well-being of their employees, you can really see in Singapore the focus on making the environment of the people enjoyable, to forget about the constraint of space. 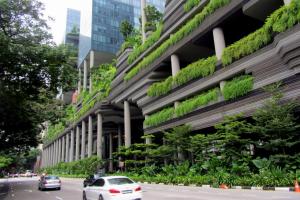 There are indeed different architecture principles that underlie the permanent (re)construction of the city for the well being of the citizens such as: having greeneries everywhere so that people are not oppressed with concrete, mixing high rise and low rise buildings like on a chess board so that the eyes are not blocked permanently by towers, building autonomous districts (with markets, malls, activities…), developing a strong public transport network to reduce trafic jams…

Last but not least, I believe that like startups, Singapore has a great capacity to be agile and to adapt. In the 1970’s, after the independence, Singapore analyzed that what was needed most were skilled workers in electronics, semi-conductors, etc… So the government invested a lot in educating people towards these skills. In the years 2000’s, as digital and technologies have been starting to disrupt a lot of sectors, the Singaporean government recognized the needs to upgrade the skills of the population (the “skillsfuture” scheme which heavily subsidies people on training)  but also adapt their education system to prepare students and children in a more uncertain world: that’s how some months ago in an event, I could see the invention of a 13 years old student who had been taught the Design Thinking approach at school! 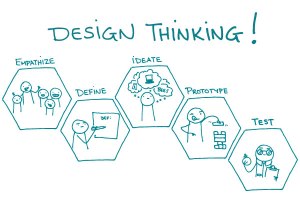 These are then some striking things I’ve seen since being in Singapore that made me think the country had some caracteristics with successful startups. This is not a serious analysis of course, just the reflection of my thoughts on some reasons why Singapore managed in just a few decades to boost itself at such a high level among nations. I guess the next big challenge for Singapore, like for startups which have started to be very successful, will be to see how to “scale up” and continue to succeed in the future while still having to deal with physical constraints like the size of the territory, a limited population…

In the next post, I will resume writing episodes on the topic of Digital Shift. Stay tuned!

2 Comments for “Interlude: Singapore, a startup among nations?”

hi Khang, really nice blog!
I like the example about the subway (which is indeed so much more reliable here).
Another cool one is the Singapore port which was “refactored” by being moved from Tanjong Pagar Terminal to Tuas.

Being small does offer a great advantage: it is much easier to ensure alignment between people and to execute decisions fast and in a consistent way. This is a key advantage of startups to enable them to go fast and adjust if needed. It is quite impressive to see in Singapore how policies are applied efficiently once they have been decided. As a matter of fact, it is obviously easier to apply changes to a territory like Singapore with 6 million people than for example to a territory like France which is almosttimes bigger and 10 times the population.